How much do you know about air pollution?

About Air Pollution
1. What is air pollution?
Air pollution refers to the release of pollutants into the air that are detrimental to human health and the planet as a whole.
The Clean Air Act authorizes the U.S. Environmental Protection Agency (EPA) to protect public health by regulating the emissions of these harmful air pollutants. The NRDC has been a leading authority on this law since it was established in 1970. 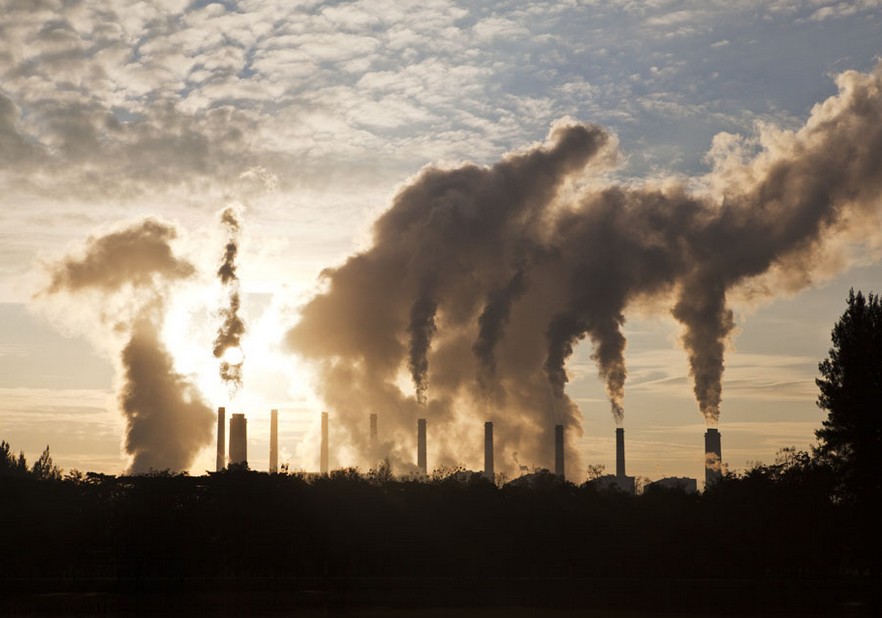 2. Effects of air pollution
“While we’ve made progress over the last 40-plus years improving air quality in the U.S. thanks to the Clean Air Act, climate change will make it harder in the future to meet pollution standards, which are designed to protect health,” says Kim Knowlton, senior scientist and deputy director of the NRDC Science Center. 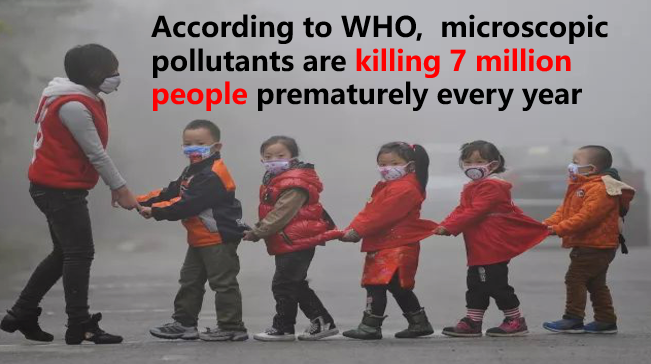 About PM2.5
1. What is PM2.5?
Particulate matter (PM) is a term used to describe the mixture of solid particles and liquid droplets in the air.  It can be either human-made or naturally occurring. Some examples include dust, ash and sea-spray. Particulate matter (including soot) is emitted during the combustion of solid and liquid fuels, such as for power generation, domestic heating and in vehicle engines. Particulate matter varies in size (i.e. the diameter or width of the particle). PM2.5 means the mass per cubic metre of air of particles with a size (diameter) generally less than 2.5 micrometres (µm). PM2.5 is also known as fine particulate matter  (2.5 micrometres is one 400th of a millimetre). 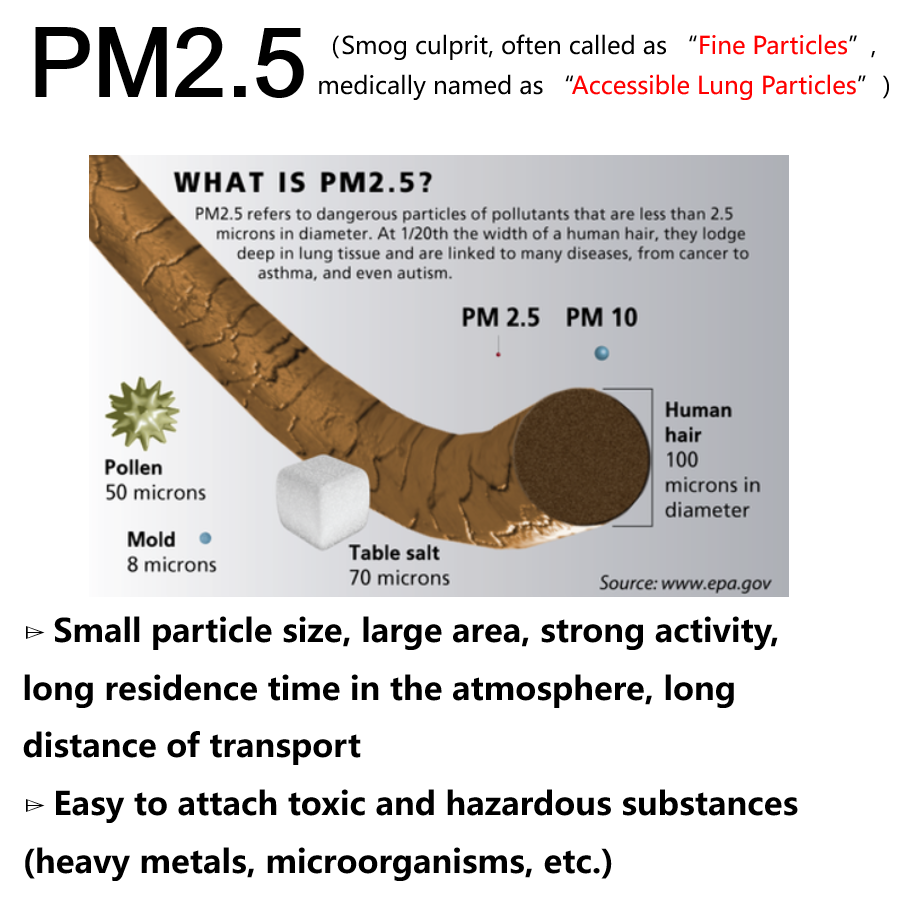 2. Who are easier to be infected? 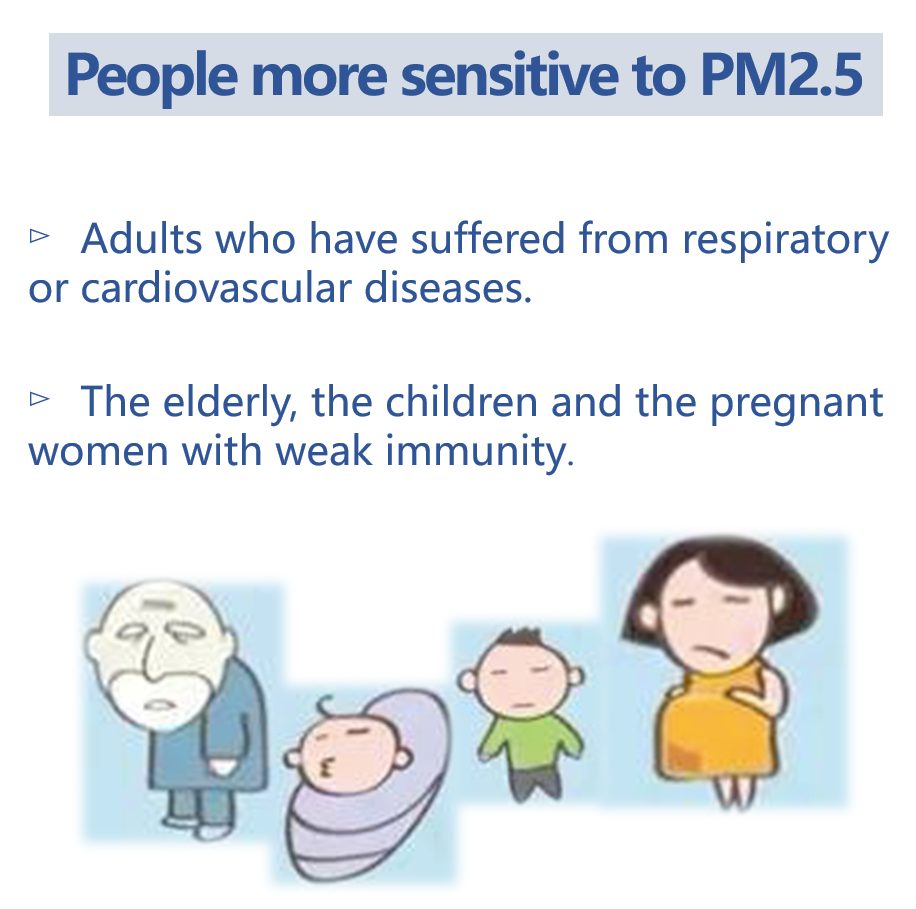 3. Effects of PM2.5
The effects of inhaling particulate matter that has been widely studied in humans and animals include asthma, lung cancer, respiratory diseases, cardiovascular disease, premature delivery, birth defects, low birth weight, and premature death.
Inhalation of PM2.5 – PM10 is associated with elevated risk of adverse pregnancy outcomes, such as low birth weight . Maternal PM2.5 exposure during pregnancy is also associated with high blood pressure in children. Exposure to PM2.5 has been associated with greater reductions in birth weight than exposure to PM10. PM exposure can cause inflammation, oxidative stress, endocrine disruption, and impaired oxygen transport access to the placenta, all of which are mechanisms for heightening the risk of low birth weight. 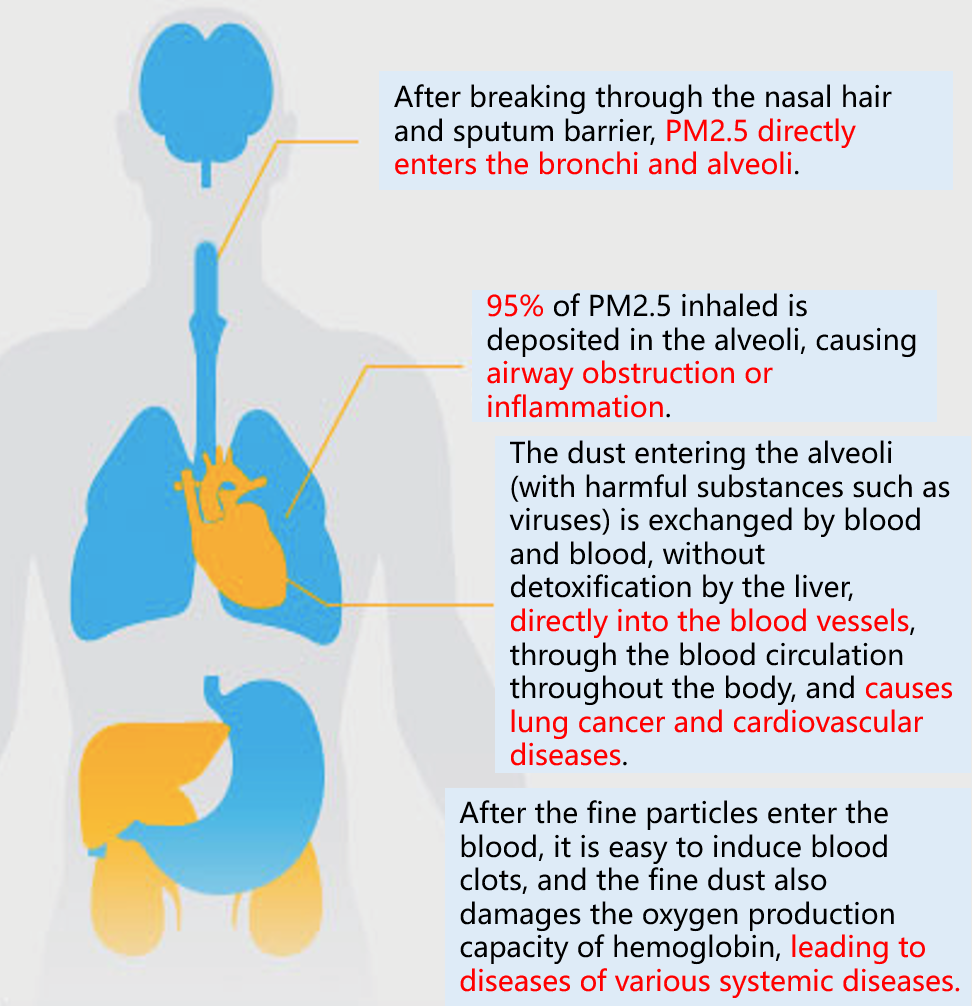 About Formaldehyde
1. What is Formaldehyde?
Formaldehyde (systematic name methanal) is a naturally occurring organic compound with the formula CH2O (H−CHO). It is the simplest of the aldehydes (R−CHO). The common name of this substance comes from its similarity and relation to formic acid.
Formaldehyde is an important precursor to many other materials and chemical compounds. In 1996, the installed capacity for the production of formaldehyde was estimated at 8.7 million tons per year. It is mainly used in the production of industrial resins, e.g., for particle board and coatings.
In view of its widespread use, toxicity, and volatility, formaldehyde poses a significant danger to human health. In 2011, the US National Toxicology Program described formaldehyde as "known to be a human carcinogen".
2. Effects of formaldehyde